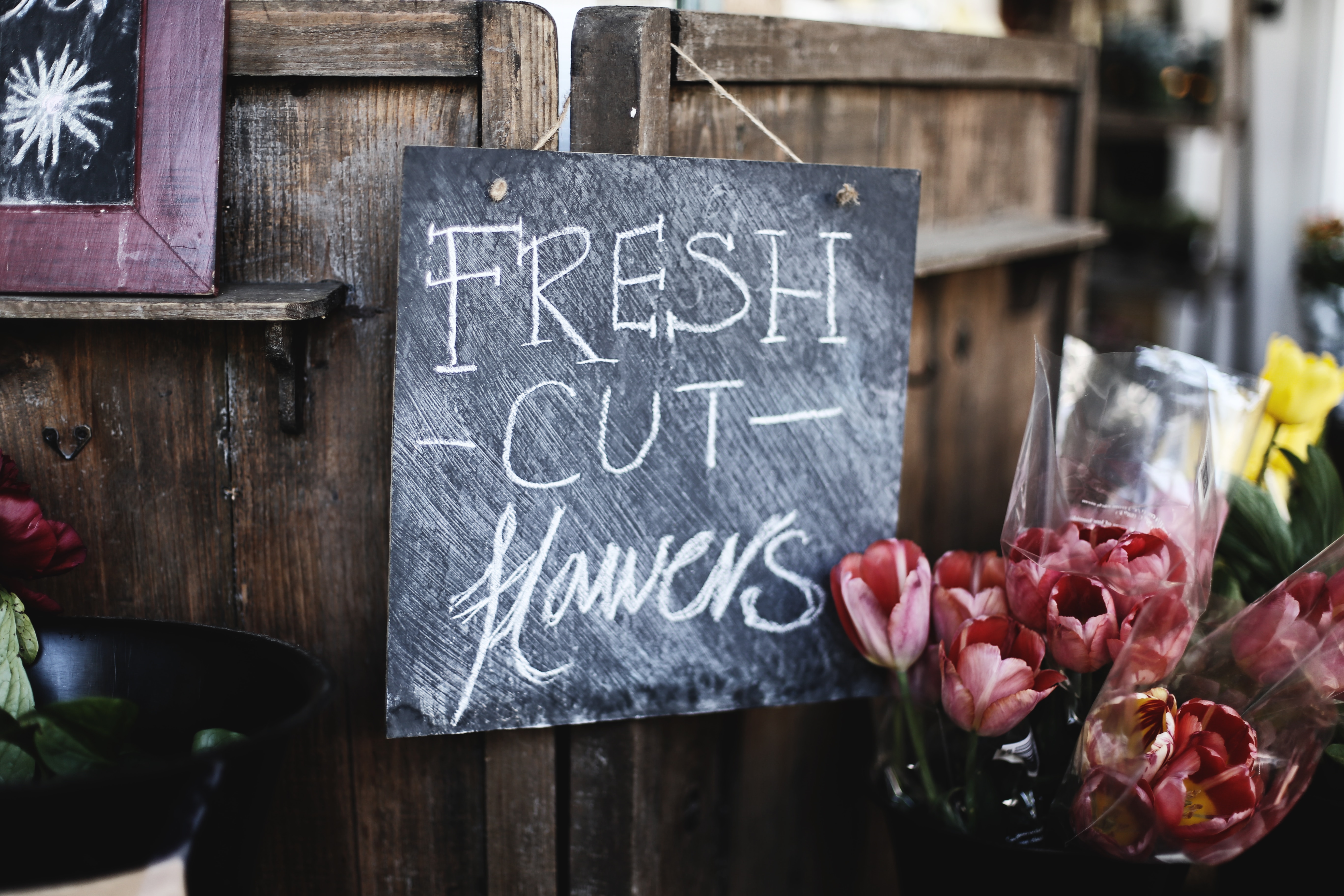 I grew up in the little town known as Norwood, Virginia. It was so small the local doctor was also the undertaker, the vet, and a florist… ok, his wife was the florist, but when he wasn’t performing his other three professions, he was by her side in the town’s only flower shop, Lily of the Valley, cutting flowers and making deliveries. When Ann Margaret disappeared one Sunday afternoon in June, no one ever thought that Dr. Mandguard had…

…done anything bad to her, but come on! I watch enough true crime television to know it is totally always the husband. Always. Like, more than 80% of the time, at least.

Ann Margaret was Dr. Mandguard’s wife of twenty-three years. Not only did she by de-facto run the flower shop, she was also on the city council, volunteered at the soup kitchen, donated all sorts of money to local charities, and was well-liked by everyone she met.

Before she was all of this, she taught elementary school. Yes, she was my teacher at one time. I loved her in spite of her giving me a B+ in Mathematics. It was probably my fault. Maybe.

So the town was devastated when she went missing. I was heartbroken. However, the police did absolutely nothing about it. Not. One. Single. Thing. Oh my gosh I am so angry just thinking of their lack of response. I knew Dr. Mandguard had done something.

I told my BFF Julie about it, but she said, like, “Get over it Dawn, if the police say he’s clean, he’s probably clean.” But he’s not. I can feel it.

With Dr. Mandguard was busy at his doctor’s office–summer illness bringing people to their knees and his door–I decided to do a bit of investigating. As his neighbor, I have the benefit of knowing exactly when he is coming and going and his general schedule. I knew that on Tuesdays he wouldn’t get home until much later in the evening, so I would have plenty of time to check out his house. You know, for justice!

I put on my cutest dark hoodie in spite of the heat, grabbed a notebook (what’s a gumshoe without a notebook, even in this day and age of cell phones and tablets?), and I headed to the back yard.

The fences between our two yards were old wooden fences that needed to be replaced. Yeah, my bad. I’m cheap. So’s Dr. Mandguard though, apparently. It just created this fortunate avenue for me to quietly duck into his backyard to get into his house.

I knew for a fact, thanks to my trusty binoculars, that he kept a spare key under the welcome mat in the backyard. Tricky tricky not keeping it in the front. I quickly found the key, unlocked the door, and put the key back so I wouldn’t forget to do it later.

Once inside, I smelled something amazing: Someone had been cooking something with apples and cinnamon and the entire kitchen smelled of it. I smiled a bit but then remembered that the good doctor likely murdered his wife and this might be the smell to coverup decomposition or something like that.

I decided to explore the house a bit. I called out quietly, “Hello? Mrs. Mandguard?”

“Ann Margaret?” I tried, slightly louder. I heard a thump and movement from downstairs, in the basement.

Immediately my thoughts went dark: Oh no, she’s still alive but tied up for some satanic ritual or some sex thing or something nefarious.

My legs shook a bit but I steeled myself to find the stairs to the basement and check it out. No one else was coming by to save her.

I found the door, and thankfully it was unlocked. I quietly turned the knob and opened it. The light to the basement was on and it looked like the basement had been finished into a nice living quarter.

I crept down the stairs and sitting on the couch was Ann Margaret, but at the same time, it wasn’t Ann Margaret. This person had ​way more​ hair. And long nails. And a snout with fangs.

Dear god I was looking at a werewolf. A werewolf reading ​Bark Magazine​. The irony was not lost on me.

“Ahh, Dawn Winchester,” the werewolf replied in a voice that was definitely Ann Margaret. “It took you long enough to get down here.”

My voice betrayed me and I could only respond in stuttering stammers. “How did? Wha? Oh my. You? Ann Margaret?”

Ann Margaret laughed and patted the cushion on the couch next to her. “Yes, dear. Come sit. Please. I can explain.”

I sat, nervous and wondering if werewolves only bit humans to turn them, or if they ate them for food. I mean, this isn’t exactly an episode of The Vampire Diaries so all bets are off.

“As you can see,” she began, “I am indeed a werewolf. I have been pretty much all my life.”

“Wait,” I said. “Even when you taught me in elementary school?” I was gaining a bit of my composure back, and was now a little indignant that our public education system was so bad they’d let literal monsters teach school.

“Yes, even then. It’s something that has run in my family for a long time now.”

“Is this why you’ve been missing?” I asked.

“It is, and poor Peter has been worried sick. He’s worried that the town thinks he’s done something to me, which apparently you have decided.”

I blushed and looked down. Ok, so maybe I was too harsh on the old man. Maybe. But he was married to a half wolf so he’s not exactly a saint, you know?

“Wait a minute,” I said, remembering my lupine lore. “Don’t werewolves only change during the full moon? That ended about a week a go.”

“Sort of,” she said. “We are compelled to turn during the full moon. During ‘that time of the month’ it happens whether we want it or not. We just have to be prepared with the right supplies.”

I snorted out a laugh, and to my surprise, Ann Margaret joined me in laughing at the bad menstrual humor.

“So you can change at will?” I asked, connecting the dots.

She looked sad and paused for a second before continuing.

“Sometimes,” she continued, “when a werewolf gets old like I am, changing back becomes more and more difficult. Especially for someone who hasn’t bitten anything in a while. And even more so for someone like me who has never turned another living being.”

“So you’re stuck because you haven’t made any new werewolves?” I asked.

It was then that I noticed the basement door shut and locked with a click.

The last thing I remember before blacking out was Ann Margaret apologizing to me, putting a Warren Zevon album on the turntable, and her fangs coming right for me.

Do I need to worry about flea and tick baths as a new werewolf?