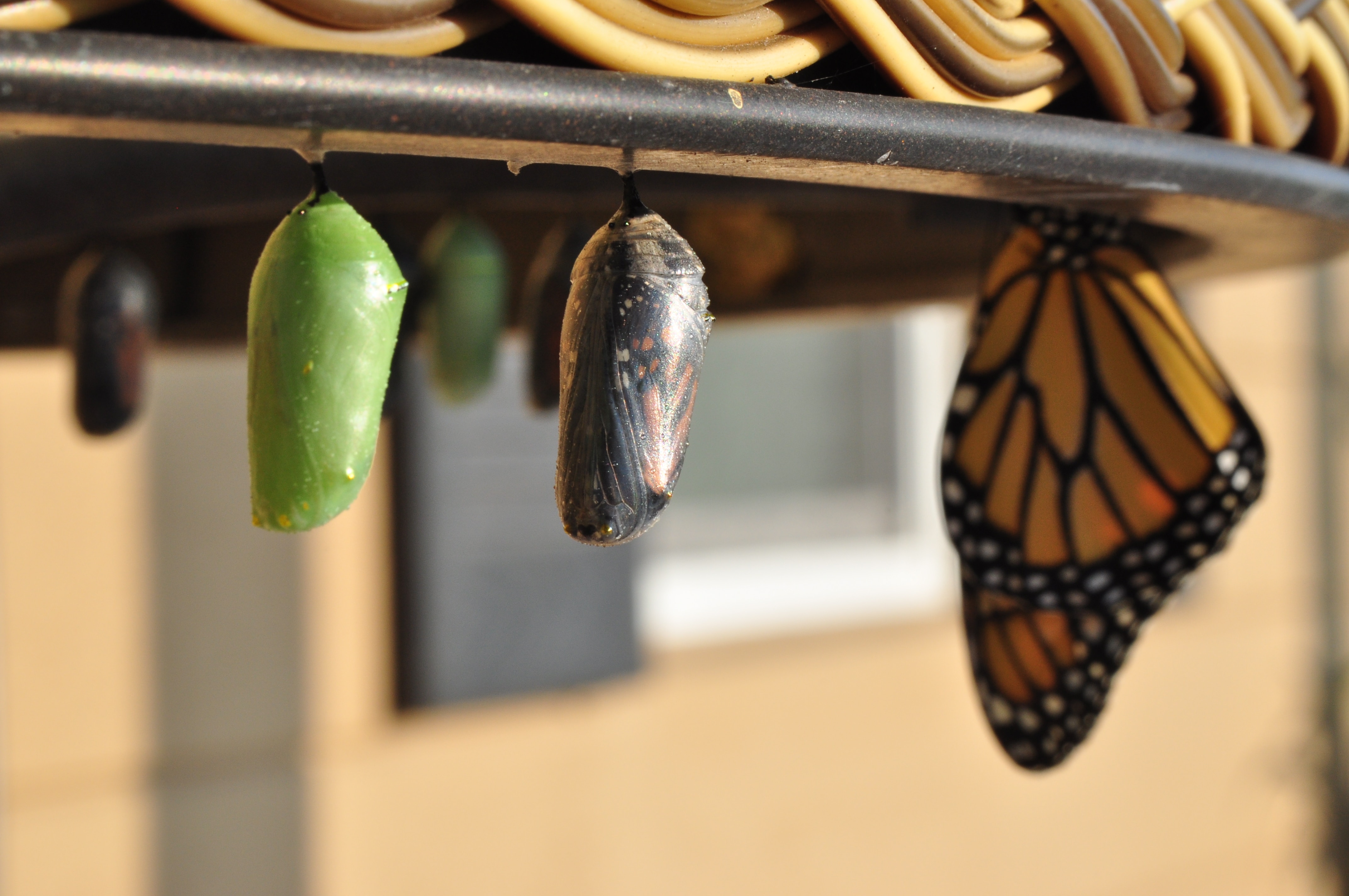 The news anchor’s voice continued to crack, “A lethal virus has been released in Las Vegas. At the moment we know of four stages. The final outcome looks…”

…dire. If you are listening to this: stay in your homes. Do not go outdoors unless necessary. If you have to, wear a mask and take precautions. If you see someone with symptoms, avoid them at all costs. Good luck, and Godspeed.”

The other anchor chimed in, “Angela, can you please remind us of the four stages that we have seen so far?”

“Certainly, Rick. The CDC has informed us that the stages appear as follows: Stage One manifests as flu-like symptoms, but they rapidly progress. Stage Two involves fevers that result in coma, at which Stage Three begins. Stage Three is what starts scientific bafflement: It is a chrysalis state that spins seemingly out of the hair follicles of the body. Stage Four results in either death or something worse: rebirth.”

The newscast went on, and Kyla only half-listened as she blew her nose for the fifth time that evening. She was suspecting her cold was more like this super flu that was mutating people.

Those lucky enough to emerge from the hair chrysalis stage ended up ​different​. They emerged with different personalities than they had before, looking like Greek gods and goddesses in their beauty and build, and they had powers. Like actual, honest-to-goodness magical superpowers.

She patted the cocoon next to her, her boyfriend David. He had been in Stage Three for a week now, which put him at the time limit for either dying or emerging into Stage Four. As bad as she felt about wishing this, she hoped he ended up dying. It would be a kinder fate for him, and for the world.

Already those who emerged, The Evolved as they called themselves, started banding together, terrorizing cities and taking power where they could. It would be only a matter of time before they were fully in control and normal mankind would be subjugated.

Kyla shuddered at the thought, and drank her chicken noodle soup. As she sat there thinking about the inevitability of the future, she heard David’s chrysalis snap and pop. Looking at it, she saw a crack form in the shell, and she knew David would soon emerge.

In the off-chance this happened–as becoming an Evolved was only 10 percent opposed to 90% chance of death–Kyla had prepared. She grabbed a nearby shotgun and leveled it at the chrysalis, ready to end David’s misery.

She cried, in spite of all the practice she had letting him go and mentally steeling herself for the possibility of his emergence. It wasn’t fair, but she felt it was the right thing to do.

After a few moments, David sat up from the chrysalis and looked at Kyla. Gone was his long beard and long musician’s hair; instead he sported a smooth face with chiseled features, trim hair, and a distant, vaporous look. He regarded Kyla and the shotgun with a head tilt and a slight grin.

Kyla put pressure on the trigger, but before she could fire, David waved his hand and the gun just… disappeared. Then, with a flick of his wrist, Kyla was thrown across the room and landed hard against the wall.

David levitated out of the cocoon and flew over to where Kyla lay on the floor. Her head was swimming. She saw stars and her vision was fading. But the perfect, nude image of her boyfriend loomed over her, and she was suddenly very afraid.

As if responding to her thoughts, David said, “Don’t be afraid, Kyla. It is your destiny to join us. Evolve with us. Take your place with us.” With another wave of his hands, Kyla felt an odd sensation emanating from her body.

Every pore and hair follicle opened up at once, and she felt all her energy draining there as a hair-like substance spewed forth, wrapping itself around her body. It won’t be long now, she thought. She would soon be cocooned like the others, and join her beloved again, this time as one of The Evolved.