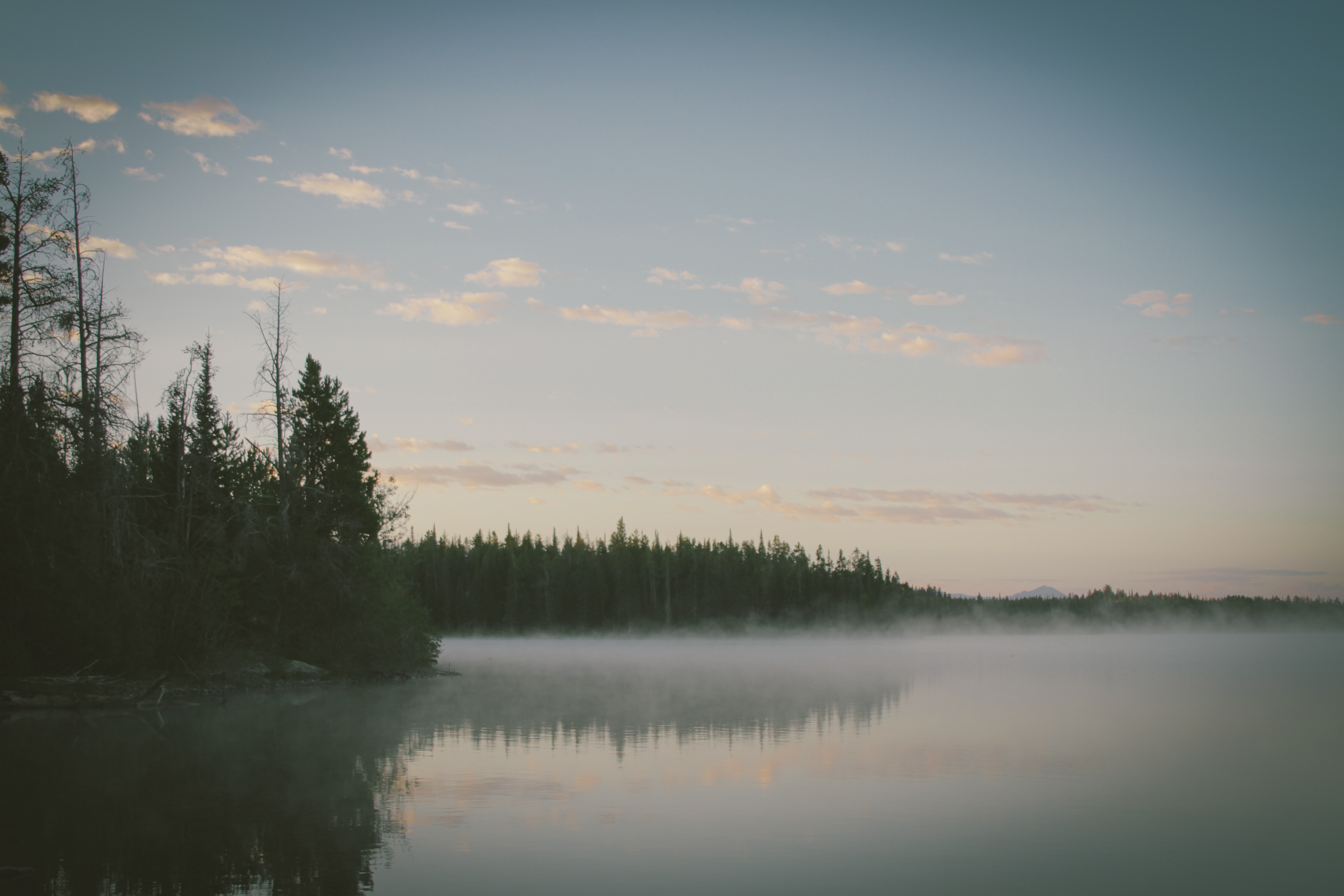 The Thing in the Lake

The water is always calm when I go out at 4 a.m. The whole world reflects back at me and it doesn’t care; unlike the average woman who looks at her reflection and always finds something to pick apart. The air seems coolest at this time and you would think it would be quiet but the birds are always up chattering away as if to say, “Where have you been, did you sleep in? We have been up working for an hour already!” I would get lost in the beauty of nature were it not for the subtle plunk of my oar hitting the water. It is during this (not so) quiet time that I am able to…

…finally banish the demons of the day. When insomnia hits it is usually due to the hustle and bustle and stress ball that is life; the calming waters soothes the mind and heals the soul. Now, amidst the cool air, chattering birds, and the rhythmic plunking of my oar, I am finally at peace and can let my mind heal.

I sat reflecting on nature and decided to pull the oars into the kayak. I was far out enough in the lake to stop and commune, decompress, and relax. In the distance, I could hear the yearning honks of geese calling out for fish to come to the surface, and the fainter crash of water against the shore far away.

Another plunk. I checked my oars, and they were still in the kayak with me. What was that sound, then?

I scanned the horizon and saw nothing but the black water. But wait! There was something blacker than the water just a few feet in front of me. It was impossible, but emerging from the water was something monstrous. Something with several tentacle-like legs.

Was it an octopus? How is that possible? This was a freshwater lake in a land-locked state. Oklahoma wasn’t known for salt-water lakes, access to oceans, or anything like it. But here it was; a massive octopus the size of a large horse, coming up from the water beside my kayak.

Its dark face appeared to have a large beak, small beady eyes, and what looked to be an unmistakable smirk. As it smirked, it raise a tentacle up near my head and gestured like it wanted something.

“Don’t leave me hangin’, ma’am,” the octopus said with a very fake and forced southern drawl. I wasn’t sure what he wanted, so I raised my own hand and gave it a high-five.

“That’s the stuff,” he said, smiled, and slinked back into the water. As it submerged again, he said, “No one will ever believe you.”

Was Bill Murray an octopus living in Lake Thunderbird?