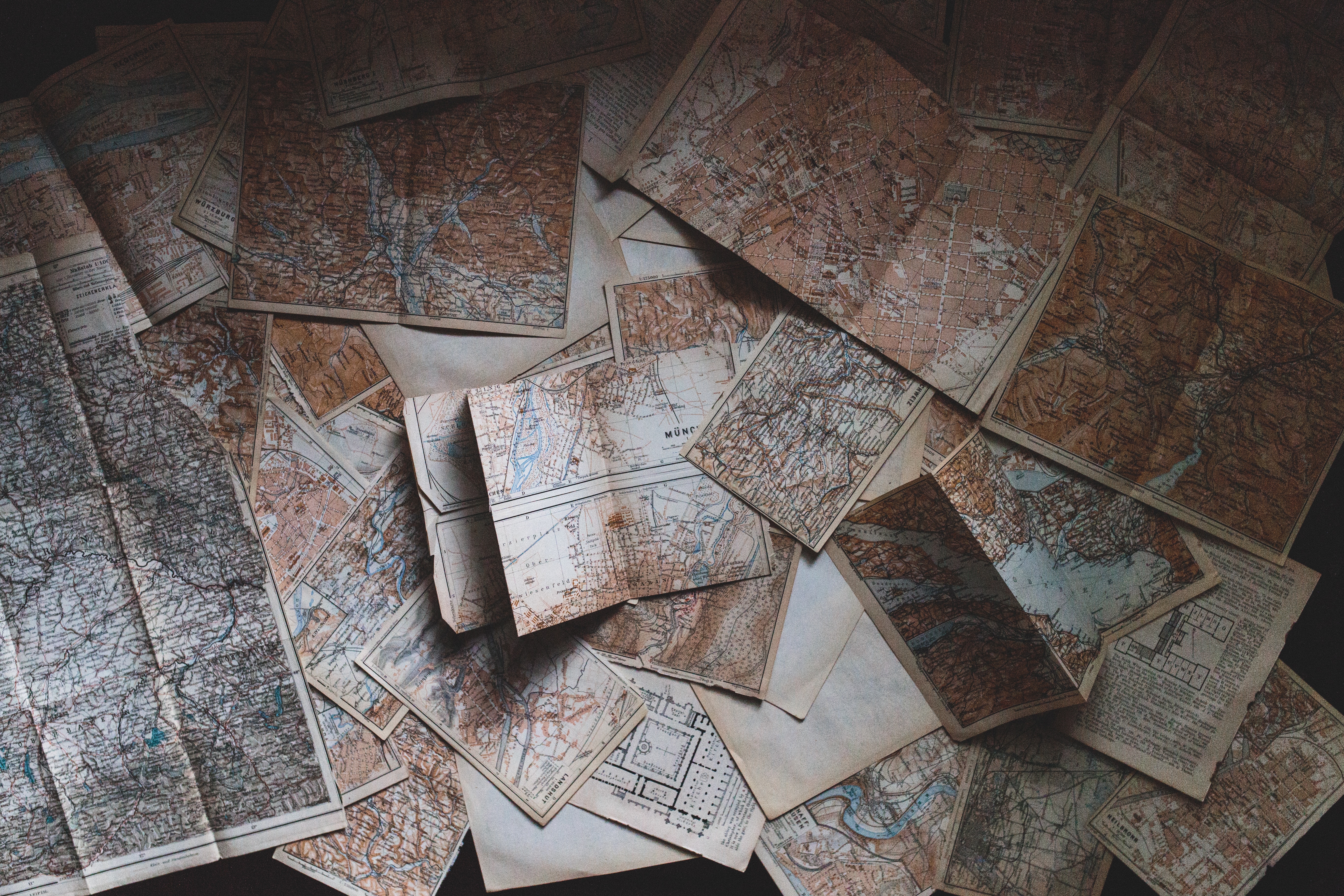 He opened the book to the folded pages and…

…exclaimed, “Jinkies,” much like Velma in the Scooby Doo cartoons.

Mike blew forcefully on the folded pages and a thick layer of dust puffed up. Underneath, the map he had been searching for was revealed. It was surprisingly complete and intact considering how long it had rest in the moldering library of Sir Niles Cumberland.

Cumberland was an eccentric hoarder of pirate knowledge and lore. It was long rumored that he had a map leading to the treasure of Captain Hargreaves, a notorious pirate operating out of the Caribbean in the 1700’s. The map would lead to a vast fortune and now Mike had sole possession of it.

After years of chasing down leads, rumors, witnesses, family members, and hints leading nowhere important, he finally stumbled across the secret, hidden library of Cumberland. Here, hidden in an inconspicuous cookbook was the map that had eluded so many for years and years.

“I’ve found it!” He said, hugging the map to his chest.

“And now I shall take it,” a voice said behind him. “It’s rightfully mine, anyway.”

Mike turned slowly and found a burly man with wild mutton-chops and a stained, crooked-teeth grin pointing a revolver at him.

“What? Who are you? What do you want?” Mike stammered, fearing for his life.

“So many questions. I guess I should expect that for someone as inquisitive as the great Mike Mendel. I think you know who I am.” The man said with a raspy laugh.

“No!” Mike said with sudden realization.

“The one and the same,” Hargreaves said. “That map belonged to my father.”

“Your father?” Mike said, puzzled. The map had been hidden and missing for hundreds of years. If anything it would have been several generations removed.

“My father. And I lost it on an… adventure… I had many years ago in The Caribbean. Along with my boat, and my crew.”

“Wait,” Mike said. “You’re Captain Hargreaves? How is that possible?”

Hargreaves laughed heartily, but kept the gun steady. “You don’t know what that map points to, do you? It’s the secret to my longevity. But I need it. You see, the effects of the fountain only last a limited time.”

“I thought the map lead to a treasure,” Mike said, baffled.

“Oh, lad,” the pirate said. “‘Tis true. The Fountain of Youth is a treasure of immeasurable value. But without the map, one could journey to the exact coordinates and never find it. There’s magic in that map, and I mean to take it, even if by force.”

He cocked the gun, and Mike blanched. “Wait!” He yelled.

“Why should I?” Hargreaves said.

“I have a boat. I can get you there. Just take me with you. It’s been my life’s dream to see this treasure.”

Hargreaves thought for a moment, then lowered the gun. “I do need a boat. We set sail immediately. Are you still in or do I need to shoot you and take that bloody thing?”

Mike grinned. “I’ve been ready my entire life. Let’s do this, Captain!”